Nowadays, the rise of TV shows is closely connected with the existence of streaming platforms such as Netflix and Hulu, among others.

However, you should have in mind that back in the day, movies were more popular and attractive, which is why the TV series were considered as the lousy alternative with lower production and stories compared with big screens.

Today’s edgy TV dramas were highly influenced by the pioneering shows that created a revolution in the world of television. That is the main reason why Twin Peaks is still one of the most critically acclaimed and cult show that created a significant influence on the way shows act.

Everything started with David Lynch and Mark Frost widely recognized for cult indie movies such as Blue Velvet and Eraserhead. This particular TV show started on ABC in 1990, and the main idea was to determine who killed Laura Palmer.

By checking here, you will understand more about different fan theories that will help you understand Twin Peaks.

Before watching the revival, you should know a few things. For instance, the show features a wide array of likable characters played by unknown actors.

It set the standard for TV format, especially since soapy and dull dramas were not popular anymore, so shows had to implement cinematic quality.

The best thing about this particular TV show is its withstanding quality when it comes to plot, mysterious perspective as well as other factors.

Even though it was abruptly canceled due to numerous reasons, the mystery that surrounded the death created a wide array of subplots around each character and created a fictional universe that stood the test of time.

Even though the murderer was revealed at some point, the show became more complicated than before and created moments in which the FBI agent went nuts and crazy.

The end was utterly mysterious, as well as the entire show. Still, compared with new shows such as The Sopranos or Lost, which had unsatisfied endings, this particular show had open interpretation based on numerous factors.

The finale provided a room for the revival and trip down the memory lane that would affect us in all situations. 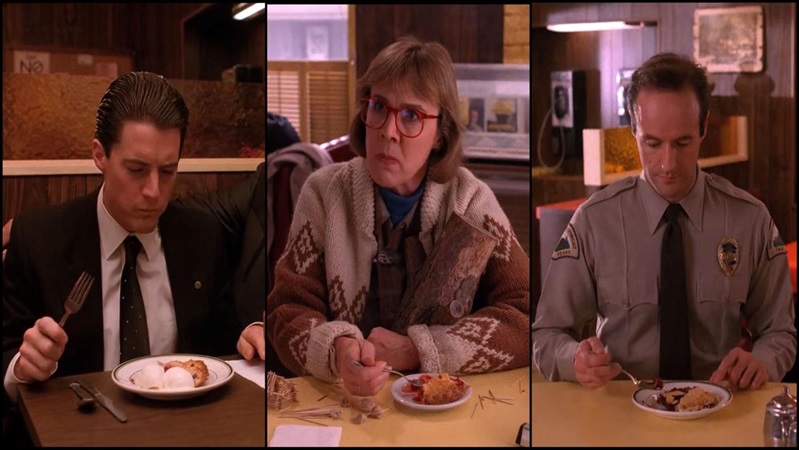 Almost thirty years later, Lynch and Frost wanted to return by using the original cast and brining the revival that created another mysterious perspective. In case you enjoy the television show, you need to know that this is one of the most awaited seasons and shows in the world.

Similarly, as in the first two seasons, the main character is not human but a representation of the fictional town of Twin Peaks in Washington. Therefore, we can easily say that the characters are just the mechanisms within the town that drives destinies and plots.

Of course, we cannot imagine the new season without Dale Cooper, who uses a handheld recorder with an idea to remember his thoughts and ideas throughout the series.

We all remember the cherry pie and coffee as part of the Davie menu, which was ever popular, that created a new perspective when it comes to restaurants across the USA.

The finale featured a blathering, bleeding, and looney agent that saw his face in the mirror. On the other hand, the greatest surprise that we can expect is the original cast that will return, including:

Since Lynch always enjoys the cameos that are highly memorable by the audience, we can expect him to reprise the role of FBI Chief Gordon Cole.

Check out the original trailer: https://www.youtube.com/watch?v=Zwn9ou_nf-I before starting the binge-watching enjoyment.

About the author  ⁄ Aidan Anthony